During my time in the military a debrief often began with the question, “Any flight safety points?” A closed question. A question that invites a no.

It was meant to show the primacy of flight safety in what we were doing. What it actually did was immediately put people on the spot if they had an issue to raise. It would sometimes point out the elephant in the room. Usually if there is a significant flight safety point then everybody knows it.

Either it is a wasted question because whatever the issue is it is about to dominate the debrief anyway, or it is the elephant in the room about which no one wants to speak out. Surely it is better to tease it out by starting a discussion that can lead people into the subject in a less confrontational manner?

What is The Big 7 Structured Debrief?

The Big 7 are based on core CRM principles which will be familiar to most, but using them as a structure upon which to construct a debrief might be inviting a change of mindset for many of us.

Use the subject titles above to carry out a debrief based on these fundamentals.

This has a number of advantages over a more traditional approach:

Using the Big 7 to structure your debrief triggers memory better than a chronological approach. It provides a cognitive framework and forces you to think critically about each aspect of your flight.

It avoids the mental bias of engaging with the most memorable events instead of the most significant with respect to your CRM behaviours.

These titles encompass a broader approach which can include pre-flight – even from before you arrive at work – to the brief, and other wider influences and external factors.

It allows for open questions on specific areas of flight.

“How could we have used the automatics to better effect?”

“What could we have done better to manage our workload?”

Raising each subject one by one encourages crew members to speak up with respect to specific concerns/events that they might not otherwise have drawn attention to: “On the subject of SOPs… “As you’re asking about communication, actually…”

It avoids a chronological approach which tends to focus on the early part of a flight in detail, remember the end, but skim over much of the middle. The problem with debriefing chronologically can often be that as it starts to drag -conscious of time and levels of interest – some of the most important lessons in the later stages get skipped altogether.

Unlike a walk through-talk through of your flight, using the Big 7 to provide focus can help you to keep a debrief short and to the point. If there’s nothing to say on each topic, then a simple ‘no points’ will keep you on track to a concise debrief. If there is something worth discussing, then you can get straight to the point without already having testing colleagues’ patience by talking at depth about less relevant or significant events.

Any debrief needs to be managed to prevent it getting bogged down by the talkers, the micro-analysers, and those inevitable conflicting points of view when they arise. By being broken down into discrete subject areas this structure allows the conversation to be moved on diplomatically when momentum is being lost. 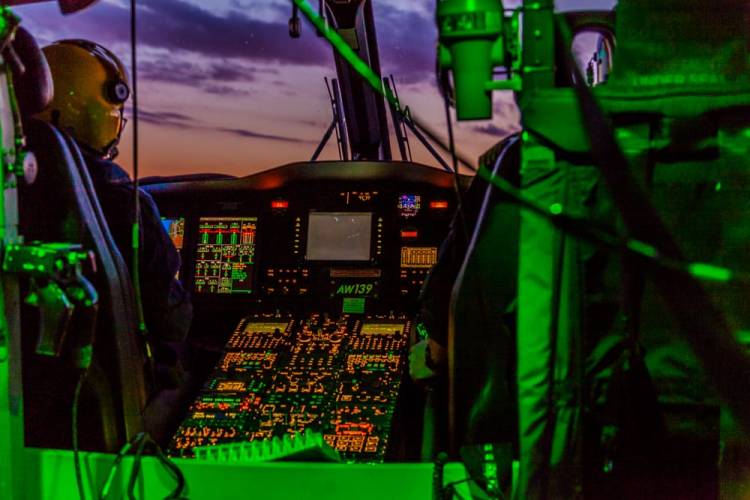