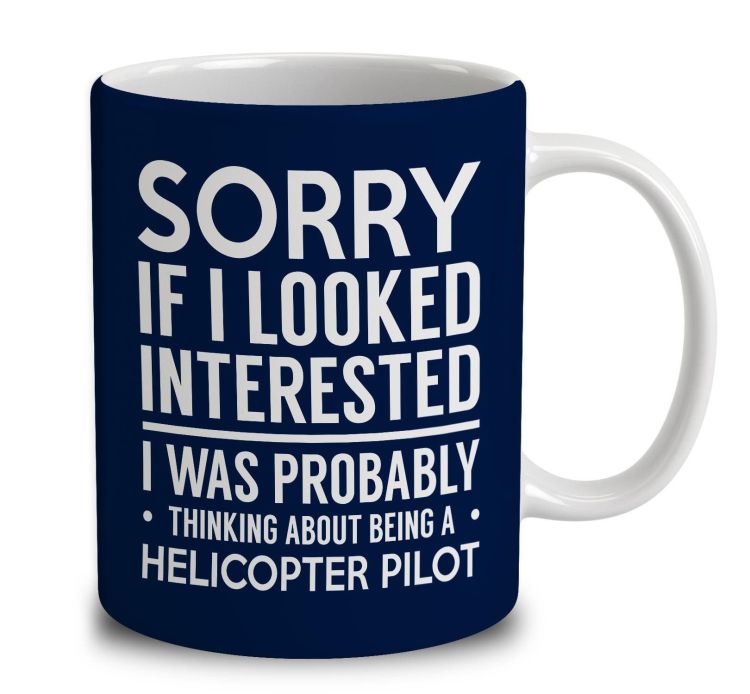 Something over two years ago I decided I would throw my hand in at applying to be a CRM Trainer and Human Factors Facilitator. CRM had never really been my thing. My experience of Human Factors/CRM training up to that point was that ‘facilitators’ tend to be either evangelical to the extent that their fervour in preaching ‘the message’ would rub me up the wrong way, or they’d be a minimum effort type, an insipid presenter of stock hand-me-down case studies with nothing to add, and nothing to offer.  In the case of the first I certainly never thought myself as ‘that guy’ – I don’t like any kind of preacher. I was equally certain that I would do everything in my power not to be the second.

I don’t know what inspired me to take on the challenge of all but single-handedly becoming responsible for leading training in something for which I considered myself uniquely unqualified, over a startlingly broad range of subjects about the human condition, to a group of professionals who were – to a man – all more experienced and (for the most part) considerably more knowledgable in most areas of aviation than me. Thinking about it, I don’t even like the title ‘Facilitator”. It sounds underwhelming. Under qualified. Not really even good enough to be an instructor. No knowledge to impart. Nothing to teach. So, if anything, this was about challenging myself to do something that not only was I ambivalent about, but was also out of my comfort zone, in that up to that point I had spent most of life avoiding putting myself front and centre in any classroom or group environment.

Two years later I have delivered some 24 training days in as many months. That’s about 190 hours of CRM training in two years. That’s somewhat over the EASA mandated minimums. So I can safely say that I have talked CRM enough recently to understand that doing a day of it once a month is some people’s idea of purgatory. I get that. Maybe the fact that I get that is the only reason that I might consider myself qualified to talk CRM to those people.

There are still plenty of aircrew out there who have what we shall politely term a ‘healthy scepticism’ for the benefits of CRM. That’s fine as far as I am concerned. I believe it stems from the fact that aircrew are, generally speaking, a very intelligent and highly motivated audience who are expected to constantly question and critically appraise the validity of what they do. If they haven’t bought into the value of the training then it is because the training has failed to convince them of its validity. Getting told the same old platitudes about the use of body language in communication or the need to think twice before taking a decision is at best wasting the time of an intelligent audience. Playing little team games to illustrate the obvious is at worst patronising.

So what has two years of doing CRM taught me?

Don’t patronise people. Don’t waste their time talking about the same fundamentals they have covered year in year out if you don’t have anything interesting to add to the subject. This isn’t hard. I figured that being aircrew myself I don’t fall out-with that group, so it is reasonable to assume that anything that I find really interesting or engaging is likely to interest others of my ilk too. Anything that I roll my eyes at would probably cause some eye-rolling elsewhere too. For example, don’t play team games unless they have a genuine and clear message!

Make it relevant. This seems like an obvious one, but it seems to me the absolute key to providing interest. What is covered has to resonate with the listener. They have to be able to link it with their own experience. The more strongly and immediately they make that link, the more it will resonate. To that end, the closer you can tailor your material to the operation that they fly, the aircraft that they fly, the problems that they encounter, and the organisational challenges that they face, the more they will buy in, and the more the debate around your subject will come alive.

All the feedback that I have received points to case studies being the single most effective way to engage people with the subject. There is no more provocative way to get people to evaluate their own failings, errors, and near-misses, than by drawing the link between them and other people’s alternative outcomes. I call it the ‘Sliding Doors effect’. Or the Here but by the grace of God go I effect. As with point two, the closer the similarities between a case study and how the audience operate their aircraft, the more powerful the effect.

The EASA regulations on CRM allow for all of the above. The way they are written allows for a huge degree of flexibility in tailoring the training. I would like to think deliberately. They do not require a slavish adherence to syllabus items as they do not specify the depth to which you have to cover each topic. For me this gives a chance for us to address the naysayers. We need to re-frame the way people see the obligation of annual CRM training. Instead of a tiresome day in the classroom to sit through and a currency box to tick, if we, the trainers, can get people to see it as an opportunity to talk shop about professional matters with colleagues, a forum within which to discuss almost anything of interest about our professional skill-sets, to raise questions, admit to mistakes, and create an environment for learning, who wouldn’t want to have that opportunity?

The final thing that becoming a CRM Trainer has taught me is that I massively underestimated how much it could teach me. For one, I’m certain that I have learnt more from putting together and delivering the training than anyone has learnt from me, either individually or collectively. I’m equally certain that the lessons I’ve picked up along the way have made me a better pilot.

It has also fundamentally changed the way that I think about CRM as a discipline. Now I see CRM as being a kind of catch-all term for all the myriad skill-sets that define being a pilot. Except perhaps for a very restricted definition of manual, hands on, hands-and-feet, flying skills. And maybe a bit of aircraft technical knowledge. And when you look at it like that, what makes a good pilot does not – proportionately – equate to whether or not you have ‘a good set of hands’. In actual fact, it is all about the other 90%. That is to say, your CRM.