On July the 4th last year an AW139 departing from Big Grand Cay in the Bahamas at night hit the water shortly after take off killing all on board. The US National Transport Safety Board (NTSB) has just released the transcript from the cockpit voice recorder carried on board. Perhaps the most shocking part of what, as ever, makes a sobering read is the observation by the monitoring pilot exactly ten seconds before the impact that what was happening to them mirrored the fate of G-LBAL, another fatal accident, also in the AW139, and in very similar circumstances just five years before.

These were the co-pilot’s final words: “There was a fatal accident in the UK and this is exactly what happened there.”

For those of you who haven’t read about or talked about the G-LBAL accident during a CRM session, it was another flight that lasted for less than a minute after take-off. On a foggy spring evening in 2014, the AW139 helicopter departed from a private site in the UK at night and with little cultural lighting. Although the commander had briefed a vertical departure, the helicopter pitched progressively nose-down until impacting the ground about thirty seconds after take-off, killing all four occupants. Spatial disorientation in a degraded visual environment, and confusing visual cues was the thrust of the the accident report. Specifically, it identified Somatogravic Illusion as a possible culprit for the progressively abnormal nose down attitude of the helicopter ‘feeling’ normal to the occupants. It seems likely that the investigation into the accident in the Bahamas last year will reach sadly similar conclusions. 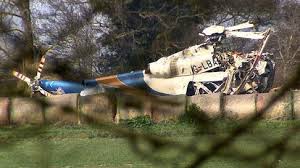 The co-pilot’s final words again: “There was a fatal accident in the UK and this is exactly what happened there.” Perhaps, he had read the accident report himself, or perhaps he had covered the accident as a CRM case study like some of you may have.

Let’s assume for a moment that it was the latter. The fact that he recognised the relevance and significance of that knowledge at such a critical point raises an interesting question: Did the training serve its purpose?

The easy answer, would be to say no. After all, that knowledge alone did not give him the tools to prevent the accident from happening. But accident sequences and causal factors are always complex and multi-dimensional so perhaps it would be more useful to ask a different question: Could the co-pilot’s recognition of the situation, and how it matched his knowledge of a previous accident, have saved the flight that night?

If things had turned out differently, and the co-pilot had gone on to intervene successfully and recover the aircraft, leading us to read about a serious incident instead of an accident, his comment on CVR would perhaps have been the first recorded proof that CRM training does indeed save lives.

Tragically, that’s not how things turned out. So. Does his comment suggest the value in accident report analysis and CRM training, or does it in fact underline its failings?

Are we successfully linking risks, environmental threats, and dangerous flight conditions in people’s minds through the training of case studies and the accidents and incidents of others, but nevertheless failing to provide the practical tools and techniques to allow them to react effectively?

What was it that this pilot was missing in his training to be able to react in an effective and timely manner? Or is perhaps that the tools were there, but the ability to apply them quickly under conditions of acute stress and confusion, requires a more frequent and engrained level of training?

Many pilots have been trained in intervention strategies and techniques. In some scenarios, where there is no immediate threat of an undesired aircraft state, these allow time for a building assertiveness, along the lines of Ask/Suggest/Direct/Take-over. For example, “Are you happy with the rate of descent?”… “I think we need to raise the nose” … “Pitch up” … “I have control”. Another such example is the acronym PACE, which stands for Probe-Alert-Challenge-Emergency, where an unsatisfactory or absent response from the flying pilot on the third occasion requires an immediate intervention and should be considered an emergency.

Standardised callouts in response to flight path deviations should give pilots set phrases to fall back on which require little pause for thought as to how to express themselves. “Check pitch/bank angle/airspeed.” When and how they should be used is often set in SOPs as well, which is conceived to ease any reluctance to intervene for reasons of gradient or perceived offence to the ego of the other pilot.

Despite all this, accident and incident statistics from EASA’s Annual Safety Review data shows that the delightfully underwhelming-named “Aircraft Upset” is consistently amongst both the highest risk and highest frequency occurrences in both the on- and off-shore helicopter sectors. And so the question remains that, despite a familiarity with the concepts, how many pilots have the level of training, or have worked with the phrases sufficiently frequently, to have the standardised call-outs and mnemonic lists on the tips of their tongue when the darkness is swallowing their aircraft into a black hole of disorientation? 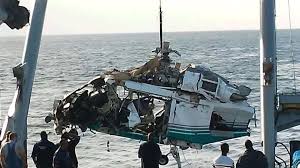 Appended below is an abridged excerpt from the transcript pertaining to the 50 second flight from take off to impact:

8 seconds into the take off climb

PF: How high are you…

PF: That’s what it says over here…

PF: Yeah we were diving…sorry

PM: There was a fatal accident in the UK and this is exactly what happened there.

The TAWS warning continued to sound until, exactly ten seconds after making this observation, the aircraft impacted the water with fatal results for all onboard.